So recently I have been rocking out to "Termination" by Book of Black Earth on a pretty regular basis. I think my favourite part of the song though is the last minute or so, which closes with a rather intriguing sample from an interview panel featuring a Christian and a Satanist. As you would probably expect from this sort of setup, the Christian interviewee gets trounced in the debate:


Christian Dude: "To suggest that you can create your own reality, my goodness, that's what they did in Tiananmen Square. That's what they did in Germany in 1933. [...] These are examples of people who created their own reality."
Satanist Dude: "Everyone creates their own reality, the thing is, you speak for a consensus of reality that is acceptable. We speak for one which, at this point in history, is not acceptable."
Christian Dude: "Oh, so it's a question of who manipulates the media, who has the most money to put their reality forth? But would you pardon me for saying that I find the world where your ability to conjure your own reality that you perceive as being a very frightening world for people like me. Because you see, I am guided by some codified rules that tell me what is right and wrong. In your world, I'm not so sure I'd feel very safe."
Satanist Dude: "Well that's your problem. [...] In the Satanic world of the future, Christian churches will be allowed to continue, because they pose no threats to us. We don't need Christianity, Christianity needs us."*

The Christian interviewee's obliviousness to the fact that everyone is conjuring their own reality to at least some degree is just the first of many events that have occurred to me recently which have gotten me thinking about perception and reality. As the old saying goes, "seeing is believing", but it seems pretty clear that our perception is not necessarily truth. Maybe this is a pretty obvious statement when you really think about it, but it seems like many people just aren't confronted face-first with this idea, even though it plays a major role in much of human conflict (both on the large and small scale). 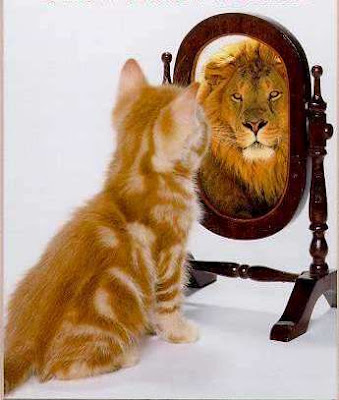 So I finally got around to seeing The Revenant last night. I enjoyed it, maybe not quite as much as Birdman though (that said, it was clearly intended to be more of a crowd-pleaser than Alejandro G. Iñárritu's big Oscar winner). As I often do when I see an interesting film, I decided to Google it to see what sort of conversation was still on-going around it. The first entry on Google's news feed really caught my eye though: The Revenant Calls for Critical Christian Response. 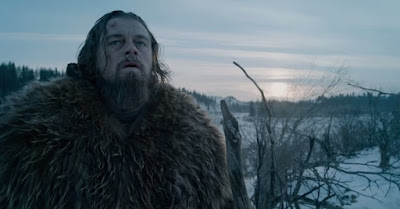 Having just watched the film, I find the notion of Christian critics considering The Revenant to be a very good film for Christian audiences to be a baffling notion. It's about as pure an example of the revenge narrative as you can get, a concept which (while very popular amongst storytellers and audiences) is very much at odds with the Christian philosophy of radical enemy-love and "turning the other cheek". The article agrees with me on this response, and also lists 10 films which are typically considered very "Christian" within the popular critical consensus:


Now, aside from The Matrix, The Tree of Life and The Lord of the Rings, which are all bursting with Christian themes, many of these films seem like a stretch to me. I mean, The Shawshank Redemption is all about hope, but that's hardly a theme that really resonates with damn near everyone (hence why it has been IMDb's top rated film for close to a decade now). Saving Private Ryan is arguably a Christ metaphor if you twist it into a pretzel, but if for example I was asked to mark a paper based on this argument I'd have a hard time accepting the premise. And what the literal hell is Fight Club doing on this list? As much as I loved that film, it is far easier to argue that it is a Marxist film and/or satire of modern macho-masculinity than a Christian film. I have no idea where they even start that argument. I'm sure there are other films on there which are just as baffling (unfortunately, I haven't seen (enough of) American Beauty, Magnolia or Braveheart to comment on them, but I have a hard time seeing Braveheart in particular as being a Christian narrative.
Read more »
Posted by Barloq133 at 18:54 No comments: