These are truly abundant times for us amateur political bloggers. Case in point: this article was originally conceived from Trump's reaction to the recent mass shooting in Orlando. I was skimming the news when I came across a very fitting quote regarding the situation that the US faces in the current election: "What Obama can't say is [that] the presumptive Republican nominee is an embarrassment to his own party, and the ultimate IQ test for the American electorate, come November." That alone was enough to trigger another round of speculation on the eligibility of the existing electorate... but then Brexit happened. Holy shit, if there was ever a time to make voter restrictions a public topic, this is the time.

Commenter #1: Maybe if there's segregation/zero integration, but by the second generation I think you'd see a high percentage of immigrant children assimilating into our culture.
Commenter #2: Good thing we came in and civilized the shit out of them!

In general, I don't believe that we should place important decisions in the hands of the uninformed (or misinformed) public, and Brexit was a clear example of how this can go spectacularly wrong. With the British pound being devalued to historic lows, the elderly swinging the vote in favour of their rose-tinted childhoods, and the realization that this referendum is not exactly going to bring about any immediate net gains (if any), it's little wonder that many "Leave" voters have changed sides and admitted they didn't know what they were voting for. In fact, a good portion of the "Leave" vote was just trying to "stick it to the man" rather than actually thinking about the impact that this will have on them - after all, they might be trying to screw over the "elites", but they'll weather any economic uncertainty far better than the average citizens who end up suffering from a devalued currency, shrinking job market and the scores of other issues that Brexit is going to bring about. It was also worth noting that "the Leave camp won support across a diverse subsection of voters, both politically and economically. The clearest factor seemed to be education: those with a university degree voted overwhelmingly to remain, while those without one did the opposite, according to the Guardian newspaper."

In All Thy Sons Command

Our home and native land!

True patriot love in all thy sons command.

The True North strong and free!

From far and wide,

The proposed bill, put forth by a Liberal party MP dying of ALS (presumably as his final wish to improve his country), wishes to change "in all thy sons command" to "in all of us command". As one could expect, this proposal has unleashed a shitstorm of fury from people calling the proposal a shame to every soldier who has died fighting under that anthem and that it's just the "political correctness police" forcing us to change over nothing. Naturally, the dishonouring veterans argument is a common tactic amongst so-called "patriots" in any sort of national debate like this, although it isn't particularly effective since the proposed changes are closer to the original lyrics (pre-1914) and "O Canada" didn't even become our official anthem until 1980 (with the only major non-peace-keeping operation since that point being the Afghan War). On the other side, we have people claiming that those who don't want the anthem changed are supporting sexism, which just reeks of attempting to shame people out of arguing with them*. 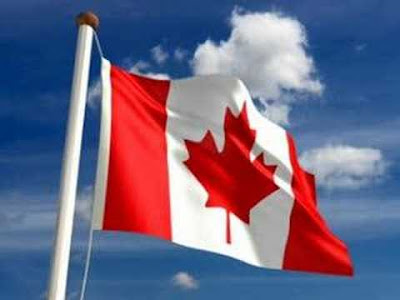